Home » Blog » When Does a Chimney need Repointing?

When Does a Chimney Need Repointing?

Your chimney is important for obvious reasons—keeping the exhaust gasses (or smoke if you have an open fire) from clogging up your home and lungs when you have your fire on. Beyond that, your chimney—specifically those parts of your chimney that are exposed to the world—is a big heavy object that reaches high up into the air, and it’s in your best interests to ensure it remains up there.

With the exception of damage caused by one-off incidents, one of the most common ways your chimney stack can deteriorate is in the mortar between the bricks crumbling and falling away. When this happens, it not only looks unsightly but can lead to a serious weakening of the structural integrity of your chimney stack. And, as mentioned above, you want to keep the chimney where it’s supposed to be.

Fortunately, a chimney stack in need of repointing is both relatively easy to spot, and quite straightforward for a professional to deal with. In the post, we’ll look at what chimney repointing is, why it’s important, and how to tell when it’s needed. Let’s dive in!

What is Chimney Repointing?

Once prepared, those gaps are refilled with mortar and given an aesthetically pleasing finish, which both looks nicer and protects the structure of the chimney stack from the elements.

Repointing is not unique to chimney stacks, of course. This is a process that is routinely used on things like walls, buildings, and even paving. The only thing that makes chimney repointing somewhat challenging is the fact that it is nearly always high up, and often involves working on a roof, which can present its own problems. While there are no special certifications or licenses required to carry out this work, it is best to get a professional to do it purely for the safety aspect, as they will have the experience and tools necessary to safely carry out the work on your roof.

Why It’s Important to Repoint Your Chimney

Mortar is, unfortunately, a weak point in the construction of brick-built structures, but it’s also an unavoidable one. Bricks are resilient and could stand up to the wear and tear of the elements for a hundred years or more, but it would be wildly expensive and completely impractical to make an entire building out of solid brick material.

The compromise, then, is to use the far less durable mortar to bind the bricks together, but that means replacing that mortar periodically to ensure that the structure remains sound. Here are some of the reasons why it’s important to repoint your chimney. 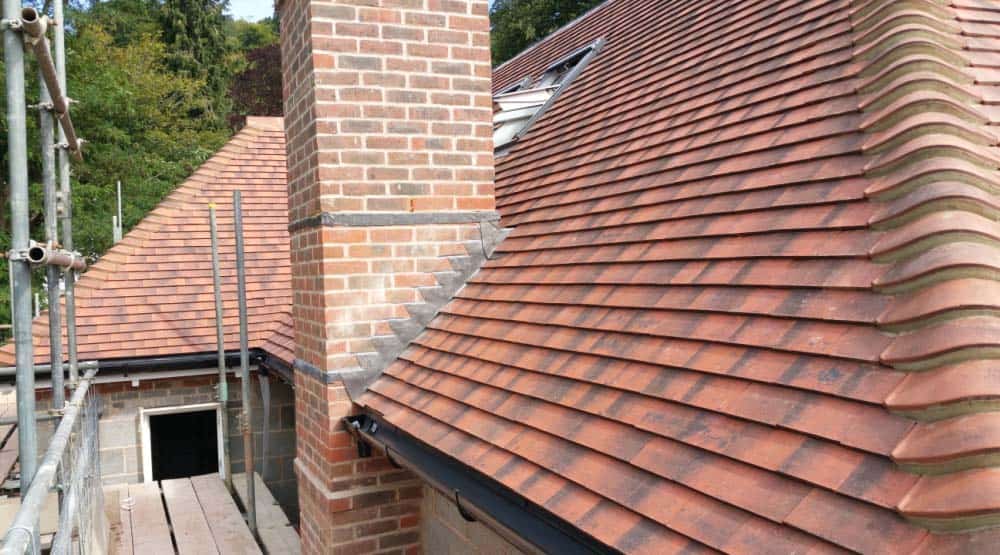 Increase the Life of Your Chimney

As mentioned above, bricks can last over a hundred years if they are not subjected to particularly extreme conditions, but the best you can expect from the mortar is around a quarter of that. Over time, the weather and temperature changes will cause the mortar to dry out and crumble, which will not only weaken the overall structure of the chimney stack but also allow the elements to get in between the bricks and speed up the deterioration of the stack as a whole.

It may not seem like much of a saving venture to spend money getting your chimney repointed, but when weighed against the costs of dealing with a chimney stack that has been allowed to degrade to the point that is no longer structurally sound. 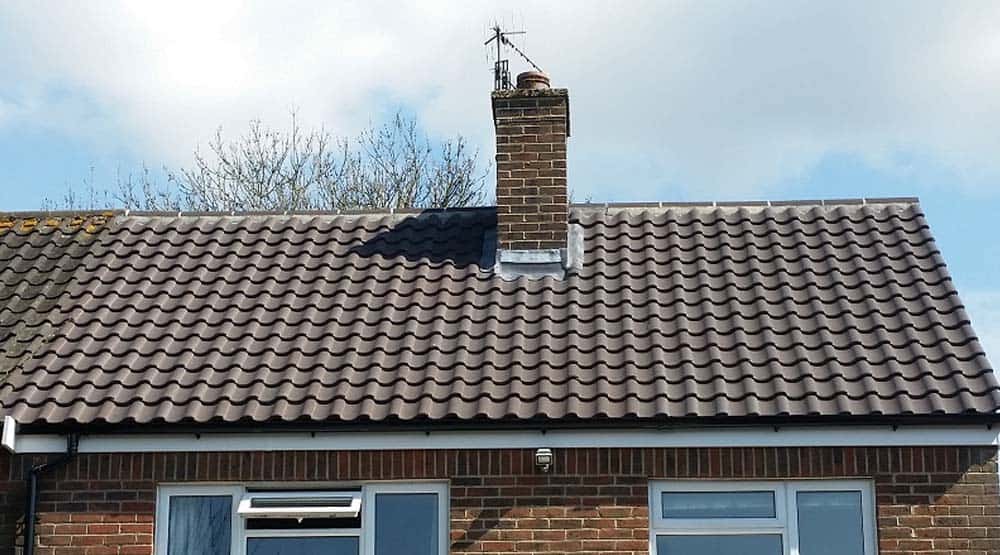 It can be hard to appreciate how much of a difference repointing can make to the aesthetics of a building until you see it.

#3 Keep Your Home Waterproof
Another risk from the crumbling mortar is that of water ingress into the brickwork. This, of course, is a bad thing. The damage that can be caused by this kind of problem varies depending on where the mortar is worst affected, but when it comes to a chimney stack, the water can get into your chimney and, from there, into other parts of the house through the less protected brickwork inside the chimney.

Ultimately, the biggest reason to ensure your chimney gets repointed when it needs it, is because it will keep your chimney structurally sound, and reduce the risk of property damage or injury. 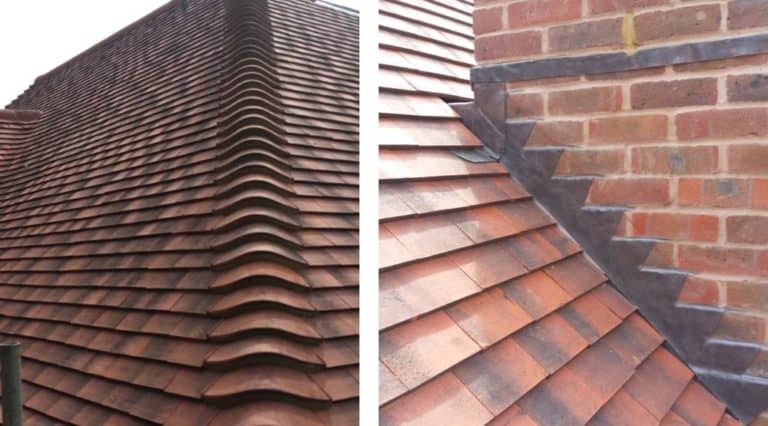 Is It Expensive to Repoint a Chimney?

The cost of chimney repointing is, of course, variable. The variation in cost is based on a number of factors, such as how extensive the damage is, how large the chimney is, and even how many chimneys there are, since some larger properties may have more than one.

As a general rule for a typical chimney repointing job, you can expect to pay around £600, which will cover the daily rate of your roofer for two days (the typical length of time this work takes) and any equipment needed, such as scaffolding.

When Does My Chimney Need Repointing?

The most obvious sign that your chimney needs repointing is any visible sign of deterioration of the mortar. This can be difficult to spot from the ground, especially on taller buildings, but there are other signs, such as any debris falling from the chimney, either mortar or, worse, pieces of brick.

If you can’t get a good enough look at your chimney from the ground (we don’t recommend climbing up onto your roof unless you’re experienced in doing so), you can also call in a professional roof inspector. This is the preferable way to handle this issue, not only because they can give your whole roof and inspection in the process, but also because they will be able to identify signs of deterioration that are not immediately apparent to the untrained eye. Especially an untrained person that is looking from ground level.

How Often Does a Chimney Need Repointing

The first thing to note is that your chimney will need repointing whenever there are signs of deterioration or damage. This will be the case no matter how long it has been since the last time the chimney was repointed. If that seems like an unreasonably short time, it could be down to inferior workmanship when the chimney was last repointed or it could be a sign that there are other problems at play.

That being said, if there are no exceptional circumstances causing your chimney to need repointing, you can expect intervals of around thirty years between repointing.

How to Tell if My Chimney Needs Repairing

If you just want to perform a simple visual inspection yourself but can’t see clearly from ground level, consider using a pair of binoculars or a digital camera with a good zoom. We strongly advise against climbing up to your roof unless you are experienced in doing so.

What is the Process Involved in Chimney Repointing?

Before the actual repointing can take place, your roofer will first remove any bits of loose mortar and may clear away extra to ensure that the new mortar gets a good grip on the bricks.

Next, fresh mortar is mixed and worked into the gaps between the bricks, and once enough has been worked in, the visible mortar between the bricks is smoothed over to achieve the clean look associated with professional brickwork.

Why You Need to Hire a Professional

The most obvious reason to hire a professional to take care of your chimney repointing is that you will only end up needing to have the work redone if it is not up to scratch the first time around. While repointing is not the most skilled job in construction, it nevertheless does require skill that is largely gained through experience.

There is also the matter of height. While repointing is fundamentally the same at ground level, carrying out the work on a roof makes safety a much bigger factor, so having a professional who is used to working on roofs makes far more sense than hiring someone who doesn’t have experience, or doing it yourself. 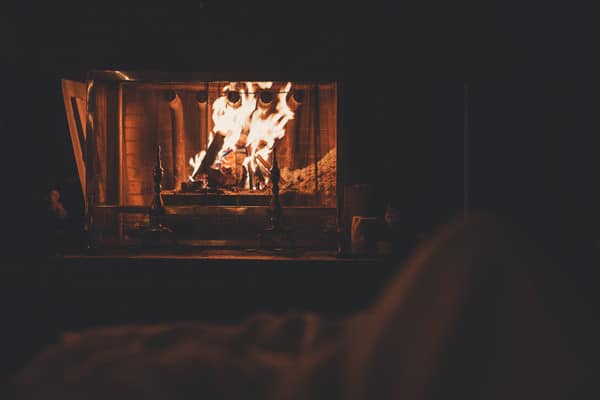 Find My Local Expert Why is smoke coming down the... 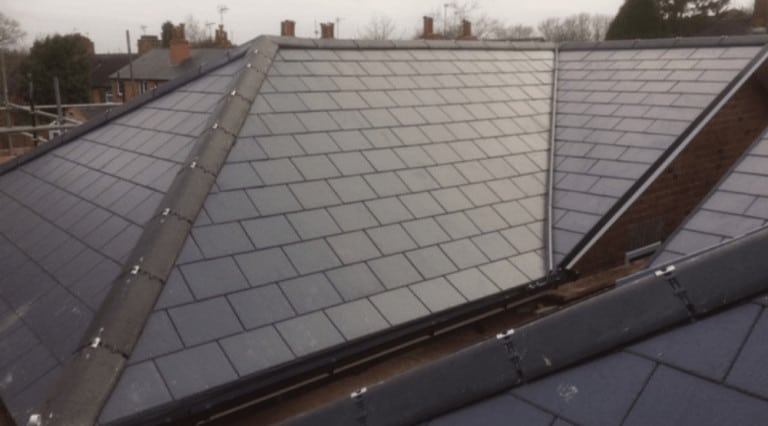 Find My Local Expert The Importance of Gutter and Roof... 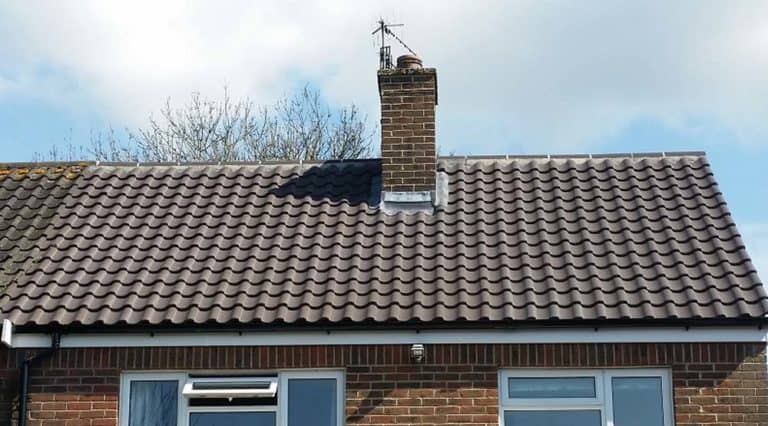 Find My Local Expert Do I Need Planning Permission When...

Get a quote from our recommended professional!

Overall Rating: Based on 724 reviews